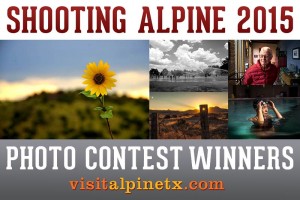 We are pleased to announce the winners of the 2015 Shooting Alpine Photo Contest! Click here to view the winners, finalists, and all entries.

Free and open to the public, this annual contest is an opportunity for our visitors from near or far as well as local community members to showcase their photographs and videos.

Entrants have the chance to win one of the following cash prizes.

The 2015 photo contest was judged by E. Dan Klepper, an artist, writer, and photographer based in the west Texas town of Marathon, fifty miles north of Big Bend National Park, where he exhibits his art and photography at Klepper Gallery. 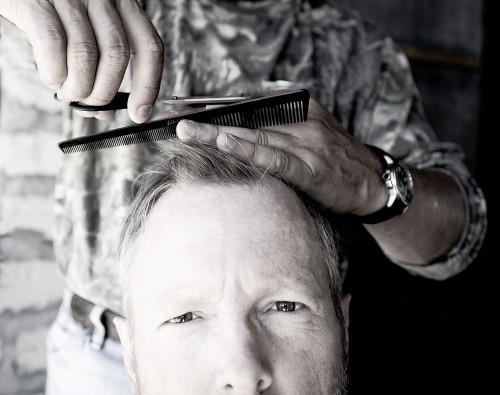 Along with his selections, Klepper offered the following comments about his personal judging process:

“The guidelines I used to judge this contest weren’t necessarily the only guidelines someone could follow when judging photography in general. Instead, they reflected my experience as an artist and photographer creating and selling my own work and providing content to book and magazine editors over the last thirty years. Judging also took into account the experience level and thematic choices found in the over-all entries. Similar themes often arise in contests, this one obviously led by a “shooting alpine” thread, followed by lots of sunsets, some wildlife, and plenty of storms. I kept that in mind as I made my selections.

“These were my guidelines:

Klepper’s photographs have been featured in numerous books and magazines including “In Sight”, the online photography magazine for The Washington Post, and his large-scale works of photo-based art can be found in collections across the state. A recent commission, courtesy of the Ford, Powell & Carson architect John Gutzler, featured a large-scale print measuring one-hundred-and-twenty inches by fifty-six inches created for the downtown offices of the San Antonio Area Foundation.

Klepper’s experimental videos, produced throughout the 1980’s, have been showcased in festivals and exhibitions in Europe, the U.S., Canada, and Japan. His book of fine art photography titled “Why the Raven Calls the Canyon”, scheduled for release in the fall of 2016, is being published by Texas A&M University Press. Klepper’s work is also represented by Robert Hughes Gallery, located in San Antonio’s historic Pearl District, and can be found online at www.kleppergallery.com.

View the winners and entries of our previous contests:

Any questions can be directed to photos@visitalpinetx.com